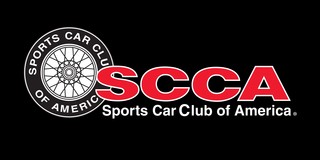 Back on March 1, a few Sports Car Club of America® staffers working at SCCA® headquarters in Topeka, Kansas, received promotions. The changes were in recognition of fabulous, ongoing contributions to the organization, and were also implemented to improve functionality and efficiency.

John Bauer has been promoted to Senior Manager of Information Technology, with a focus on supporting all internal SCCA departments. Bauer has been with SCCA since 2004 and previously worked as Systems Engineer III, as well as Technical Manager in the Road Racing Dept. and an Application Developer. In his new role, Bauer will be overseeing the entire SCCA IT portfolio.

Rick Myers has been promoted to Senior Manager of Region Services, with a focus on SCCA’s external customers that include Region Leaders. Myers joined SCCA in 2008 and has worked in Region Development, Region Relations, Region Communications and managed the Starting Line program since his employ with SCCA began more than a decade ago.

Aimee Thoennes has been promoted to Senior Manager of Member Services, with a focus on SCCA external customers that include Members and Volunteers. Thoennes began her career with SCCA in 2002 as Executive Assistant to the President/CEO. She has been an integral part of organizing the SCCA National Convention for several years, and since February 2018 served as Manager of Member Services.

Additionally, to better serve SCCA membership, the Member Services and Region Development departments have been merged to form the new Member & Region Services team. Thoennes and Myers will share leadership of that newly formed unit.

“John, Aimee and Rick have worked diligently for many years on behalf of SCCA members,” said Mike Cobb, SCCA President and CEO. “Attacking formidable tasks and working expertly behind the scenes, these three have done much to serve our members and those who serve our members. Their combined value to Club operations has been immeasurable, and I’m confident their work will continue to improve the service SCCA National Staff provides as we move into the future.”

The Sports Car Club of America®, Inc., founded in 1944, is a 67,500-member motorsports organization that incorporates all facets of autocross, rally and road racing at both Club and professional levels. With headquarters in Topeka, Kansas, the SCCA annually sanctions over 2,000 events through its Regions and subsidiary divisions. To learn more, please visit www.scca.com.