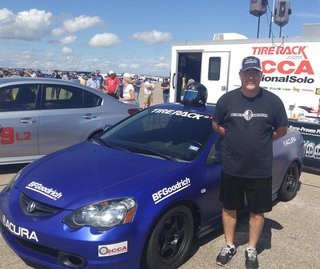 This weekend came with some questionable weather at the Tire Rack Lincoln ProSolo. A cool Saturday morning saw an eventual light rain shower in the early heats, then later gave way to a sunny afternoon. A technical course meant that drivers had to be on point with their apexes or it would penalize them for multiple corners afterwards. If you hit your apexs, you were rewarded with extended zones of acceleration.

As is often normal with SSR, the competition was tight most of the weekend. After Day 1 competition both Peters and Strano were sitting on the same tenth in the low 29's on each side with Matthew Braun less than 6/10 back. Like often happens, time was found on Sunday morning. Braun was able to find 7/10 to leap ahead of Strano who couldn't find time. It was however Brian Peters who would find time on both sides, including being the only driver in SSR to drop into the 28's to take an almost 5/10 win over the ultra competitive class.

D Street was the battle of showroom Subarus. Paul Dodd, co-drive Tom Reynolds and Kit Gauthier would end Friday all within 2/10 of each other. Gauthier would carry a minor advantage into Saturday morning runs. All 3 drivers found time, however only Reynolds would dip into 30's on both sides to take a .339 win over Gauthier and car owner Dodd .870 back from there. Reynolds would go on to finish 3rd overall in the Super Challenge. 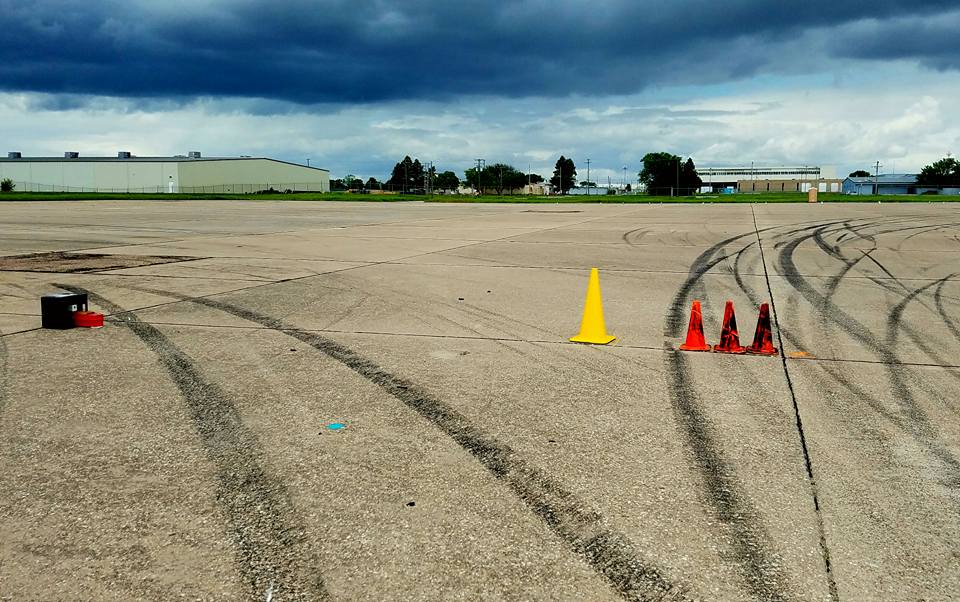 Sometimes, things do not go as planned...

STF was a Whitner run class all weekend. Wife Kim and husband David in their newest blue Honda, an Acura RSX, seemed to be running away being the only 2 drivers consistently in the 31’s on both sides. In the Sunday morning session, Adam Deffenbaugh managed to put down strong 31-second times jump up within 3/10 of the lady Whitener, but it was husband David who would take the overall win by a little over 1/10. The two would then work their way through the bracket to meet each other in the 3rd round. David would win the pairing and move on to the top 4.

CSP was all Neal Tovsen. Laying down a 28.691 on his first left side run, he would be the only CSP driver to touch the 28's all weekend. Saturday morning he would find a 28.2 to give himself a 1.2 second win over co-driver Todd Cochran and give himself the 3rd qualifier spot in the super challenge.

R1 was a real treat with F-Mod hotshoe Darren Seltzer flying in to co-drive with Zak Kiesel. Seltzer would would use his F-Mod experience to pull out to an early lead over the class. Not happy with that, Saturday afternoon saw the elder Kiesel pull into the lead for a short bit, but Seltzer would regain the lead before the day was done. Flirting with the top of index all weekend, the two would go into Sunday ready for battle. Jeff Kiesel pushing would find cones on all 4 runs. Seltzer however would find 1/10th on the left, and a huge 7/10th on the right to take home the win, and the top PAX index spot for the ProSolo. 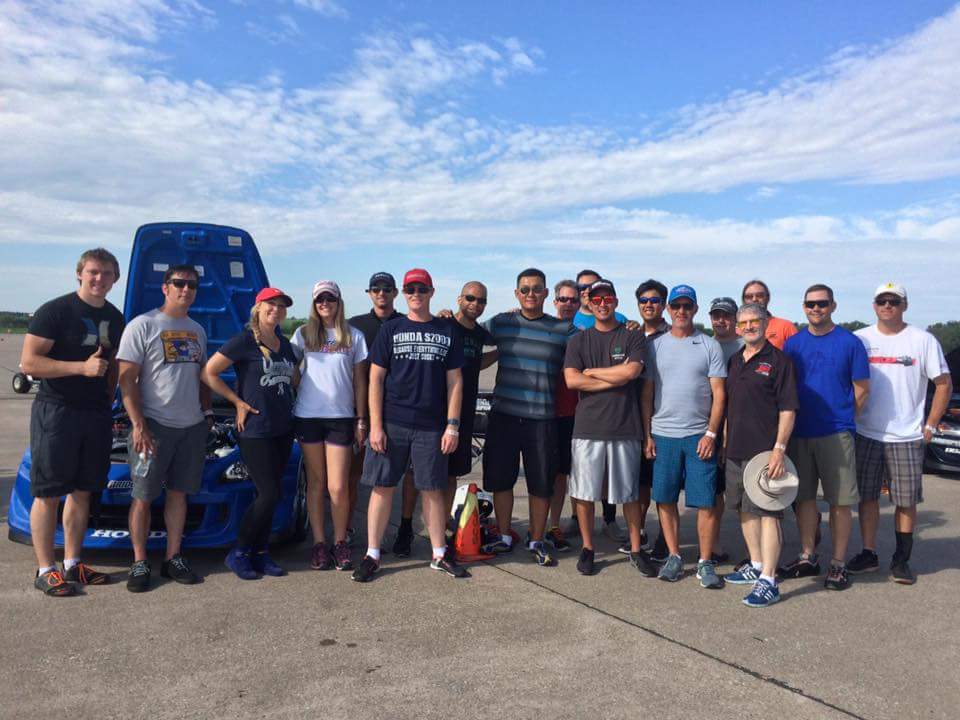 STR drivers in all their glory

R2 was an ever changing battle all weekend. After the morning session it was Chris Dorsey in the "Steam-Rolla" over Mike Brausen in the Mitsubishi Evo by 4/10. Having a rough and dirty morning was the always fast Erik Strelnieks sitting in last place without a left side run. The afternoon was a complete change however. Strelnieks went out and put down the only 27’s of the weekend on his second pair of runs to take a 7/10 lead over Dorsey who would find less than 1/10th. Sunday morning came around and the sticker tires came out for both Dorsey and Brausen trying to catch the Doctor. Dorsey pushing hard was unable to find time on course. Brausen found a right side but coned a left that would have allowed him to move up 1 position. The Good Doctor as always found time in a way that Eric Hyman described as "sharing atoms with the cones" and dropped another 3/10 to take a 1 second win over the tough class.

The Super Challenge as always was a cruel mistress to the R-compound tires making it hard to recreate hot tire runs. Ron Williams in his STS CRX was able to knock off fellow street tire drivers Craig Wilcox in the STX Mini in the first round, and Kit Gauthier in the second round. Driver of Eminence Brian Peters would be his 3rd round conquest, and 4th would be Yomination driver James Yom himself. Williams would move on to the final pairing for the top spot. David Whitner faced Joe Tharpe in the SSP Corvette early on in the first round, and was the lucky recipient of a 2nd round bye due to the dueling red light of Mensch and McCelvey. In the 3rd round David would face wife Kim in a family battle. Agreeing to not push the lights, they both agreed to go on green to be sure it was all done on course. Kim would fall just short of what she needed to match David’s time. In the 2nd to last round, Whitner was lucky to hear of a cone on Reynolds that allowed him to put in a safe 2nd run to move on to the finals. In the final round Williams would take a slight lead on the first pairing, however Whitner would find enough on his second run to take home the Challenge win.